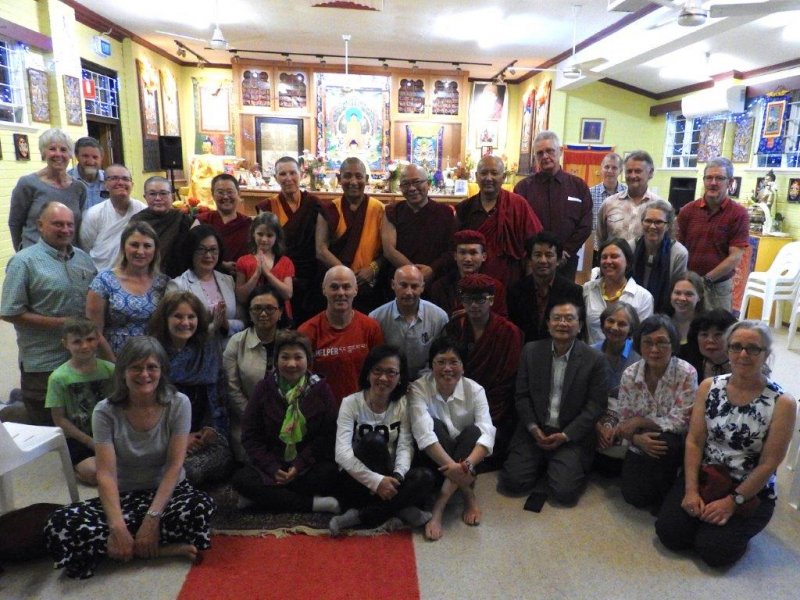 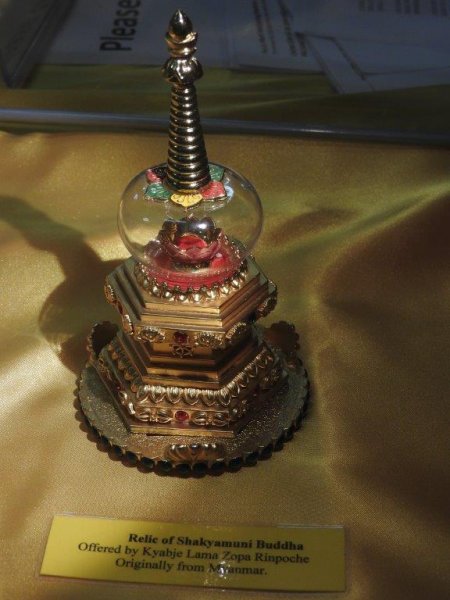 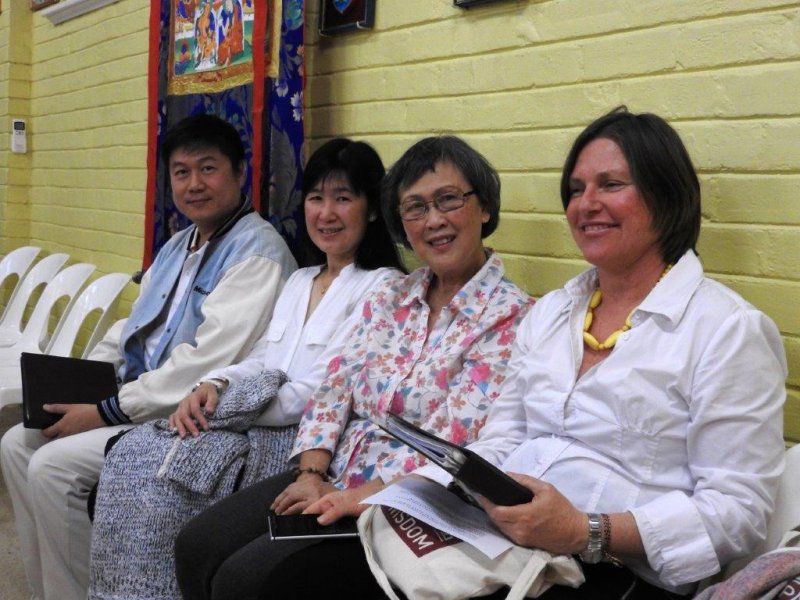 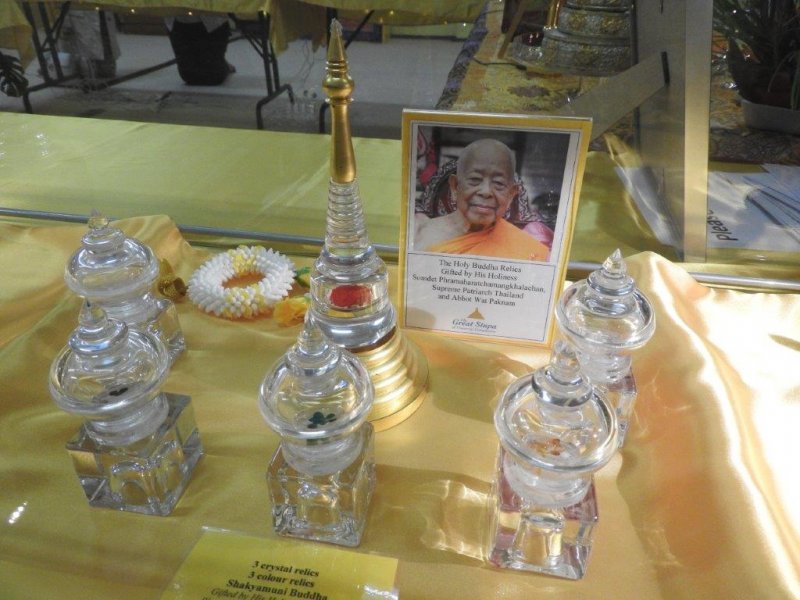 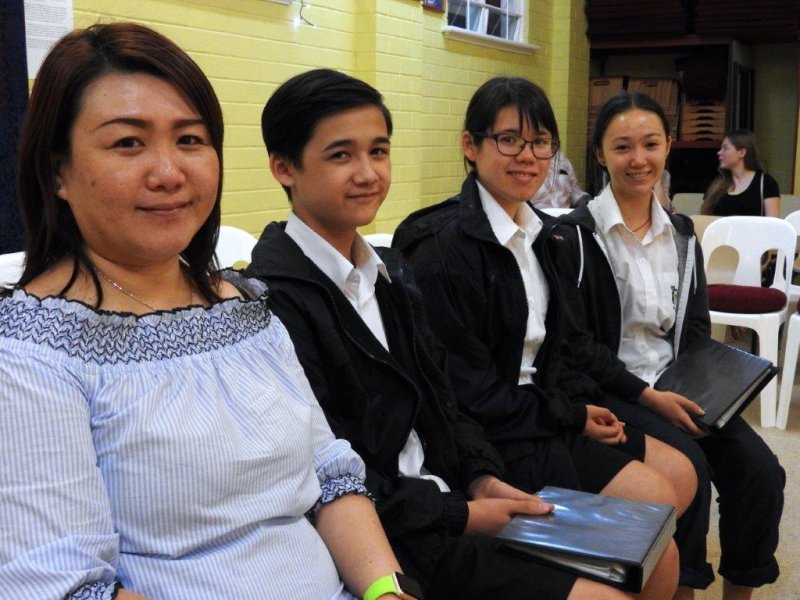 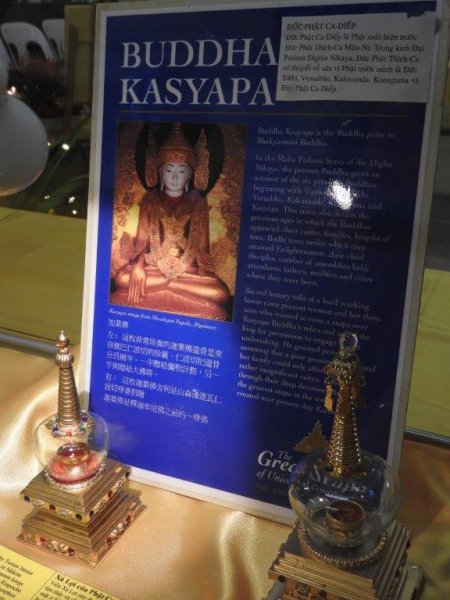 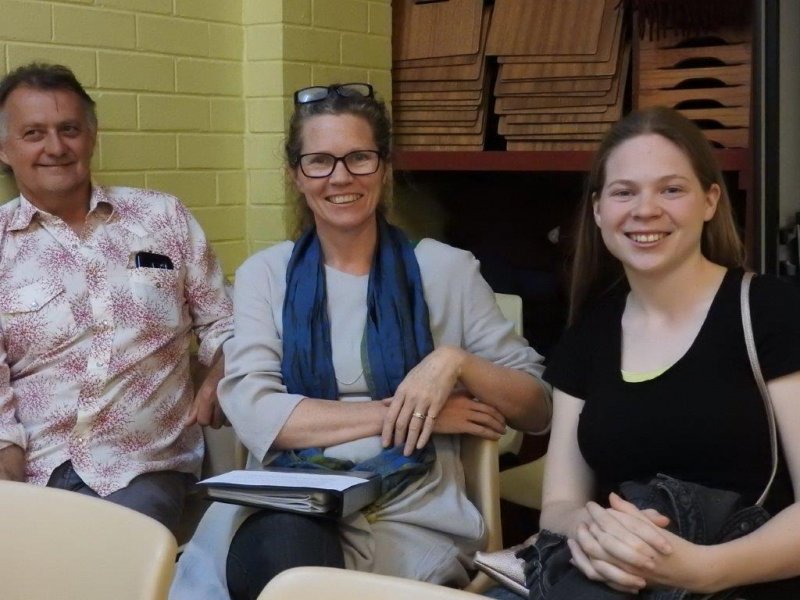 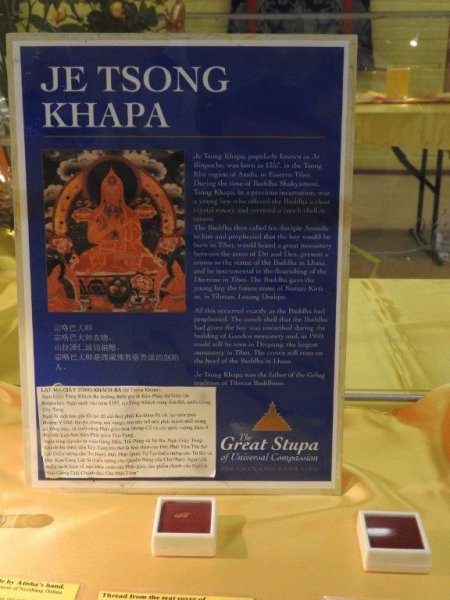 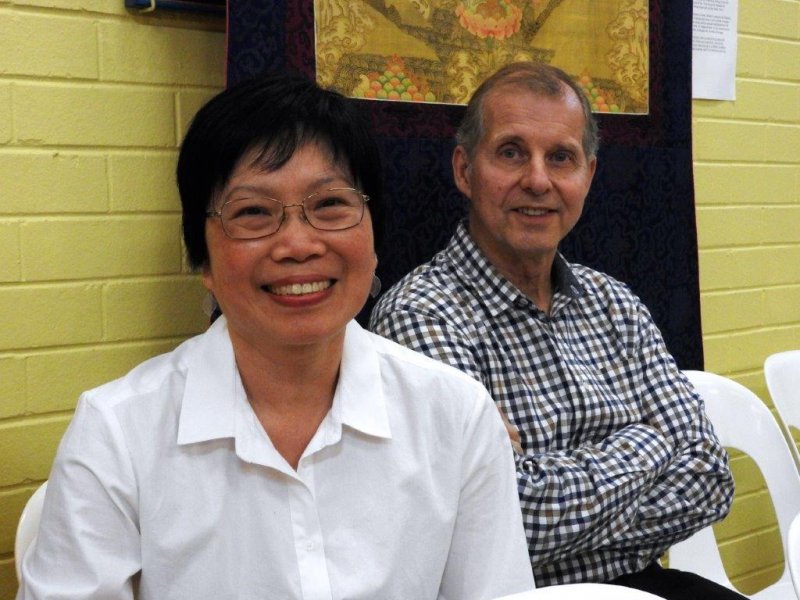 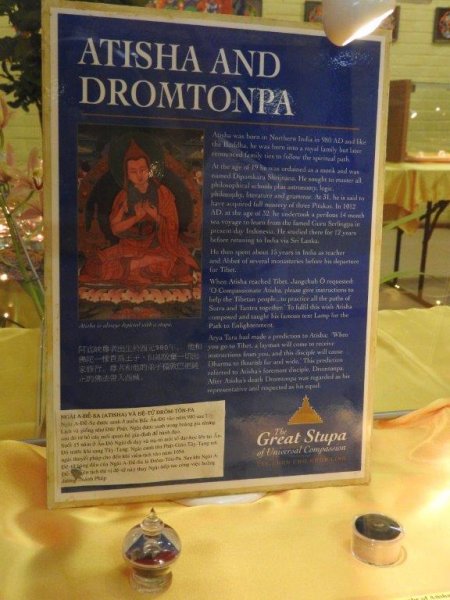 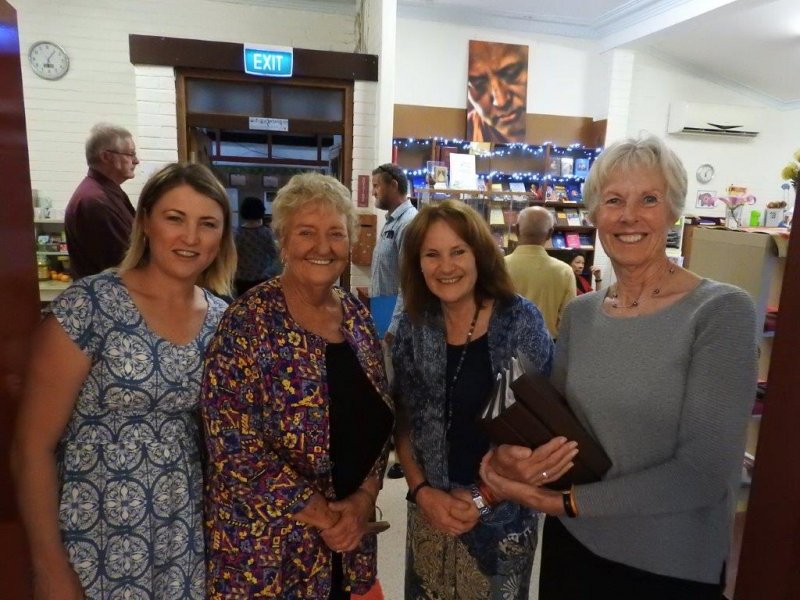 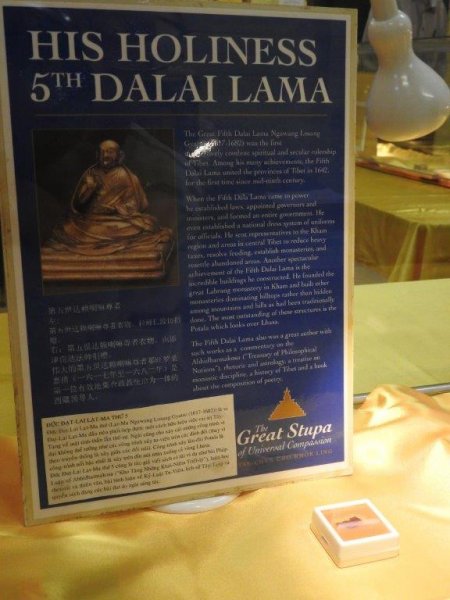 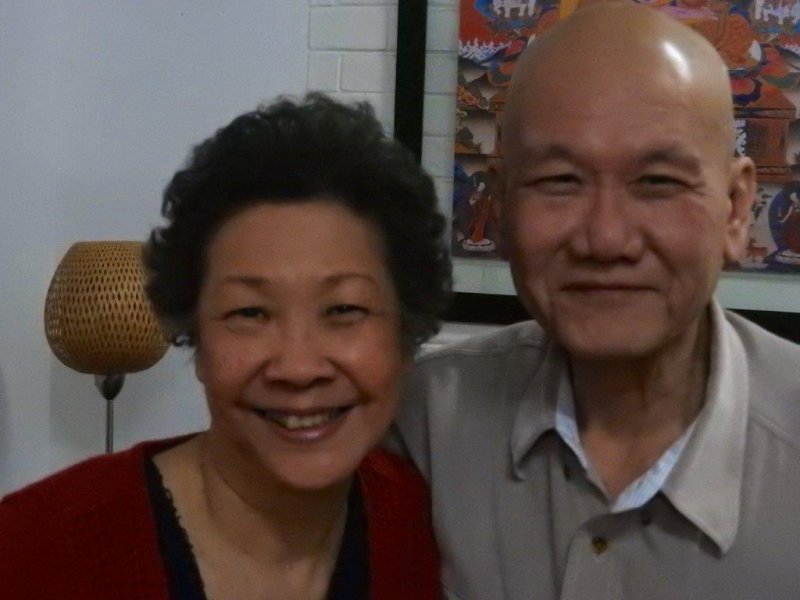 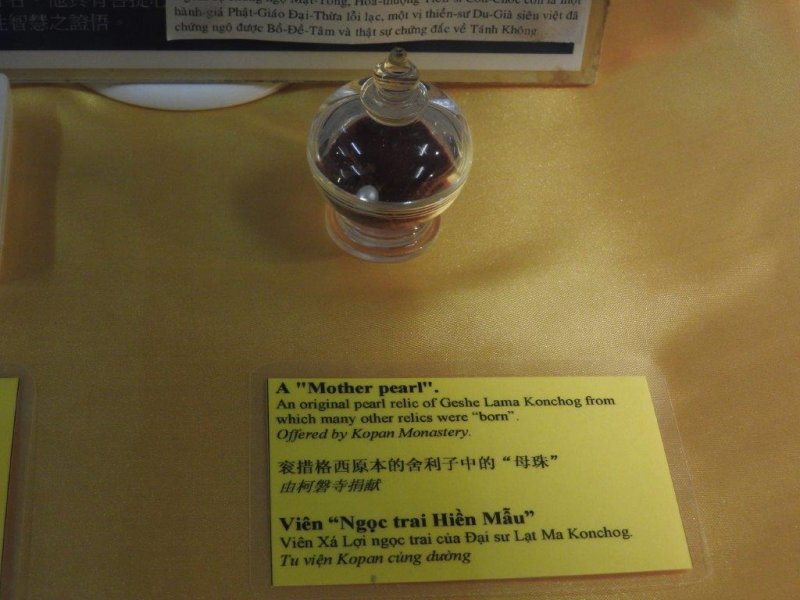 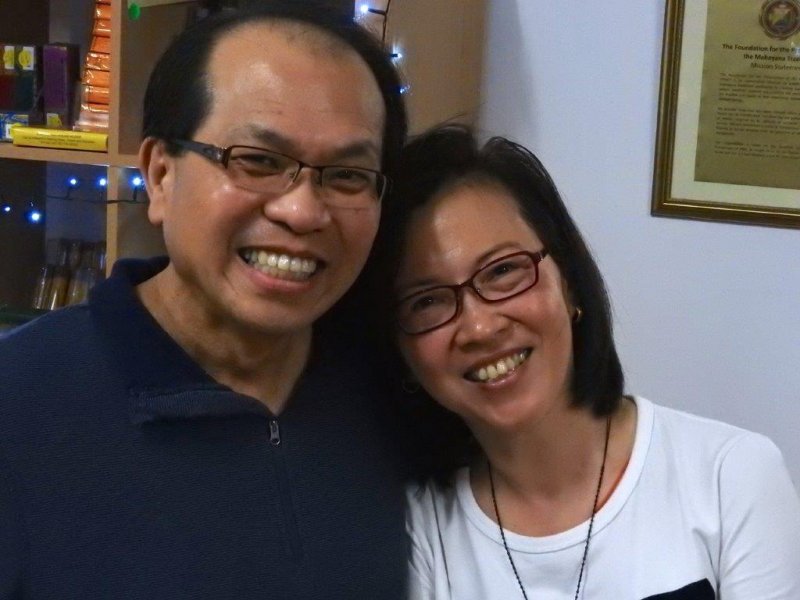 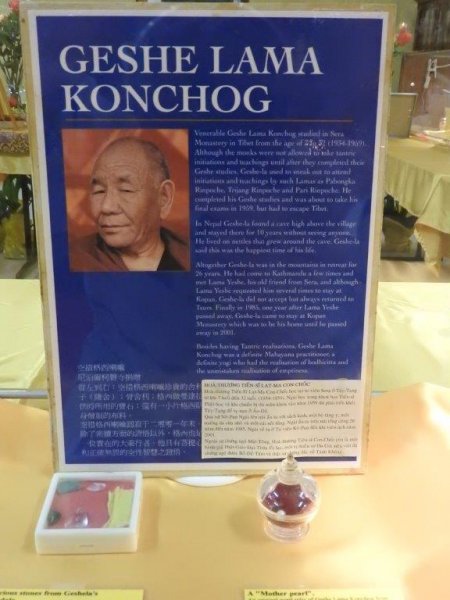 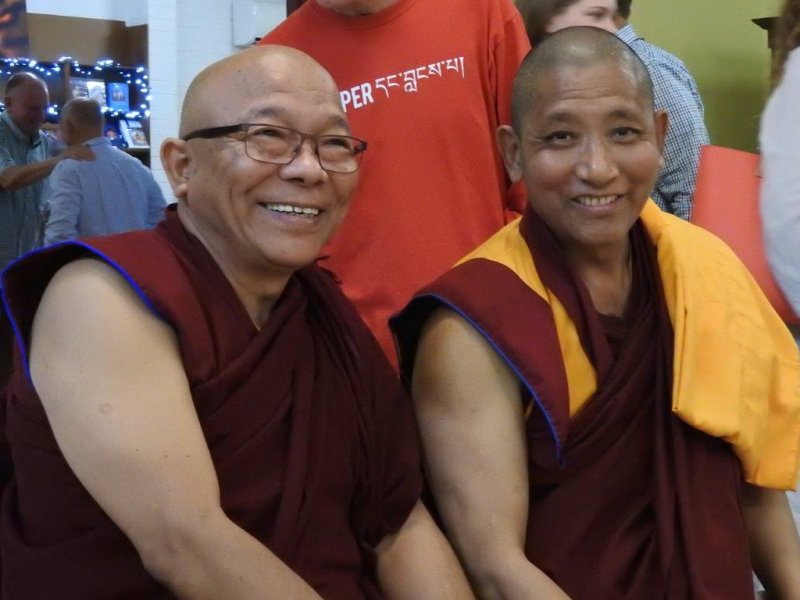 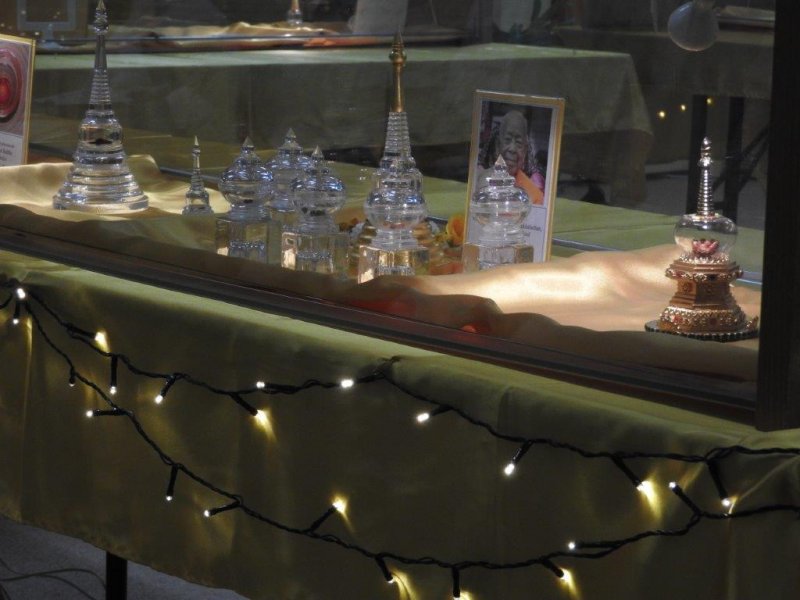 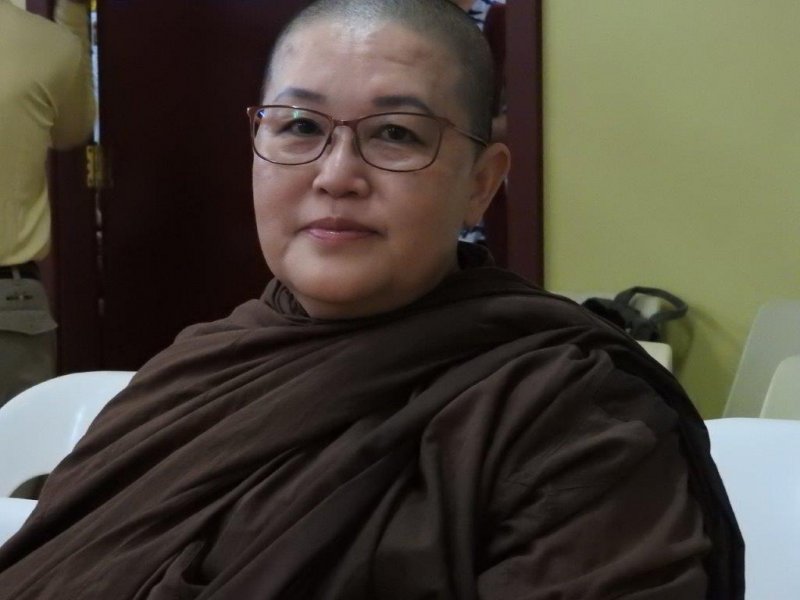 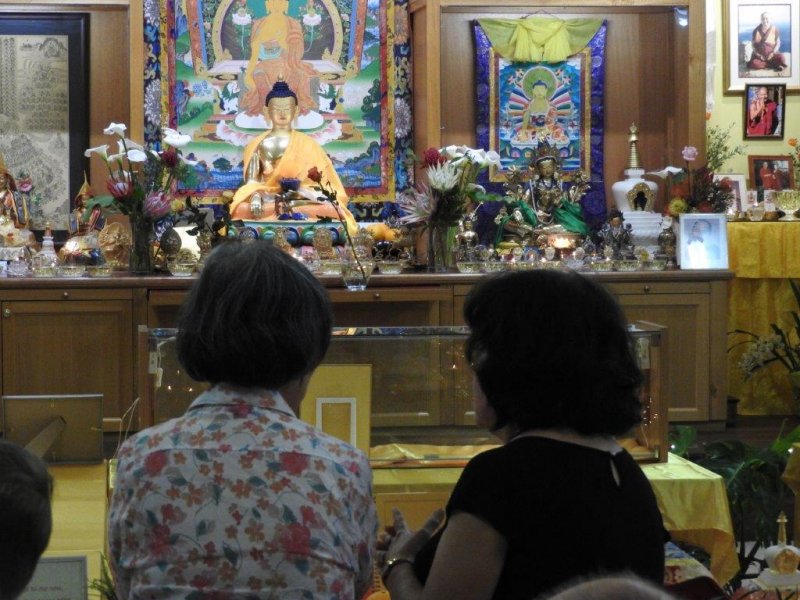 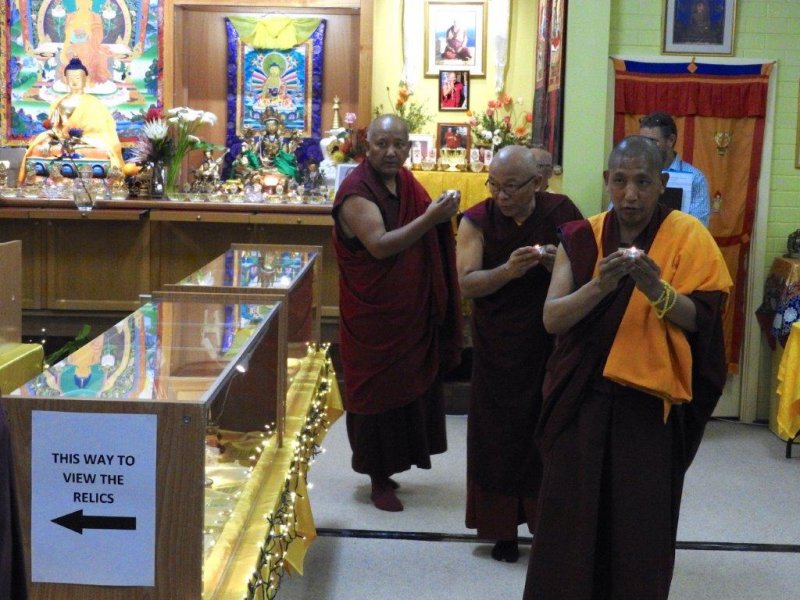 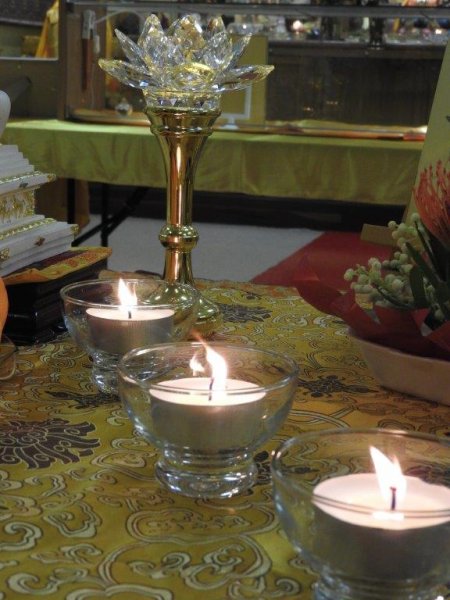 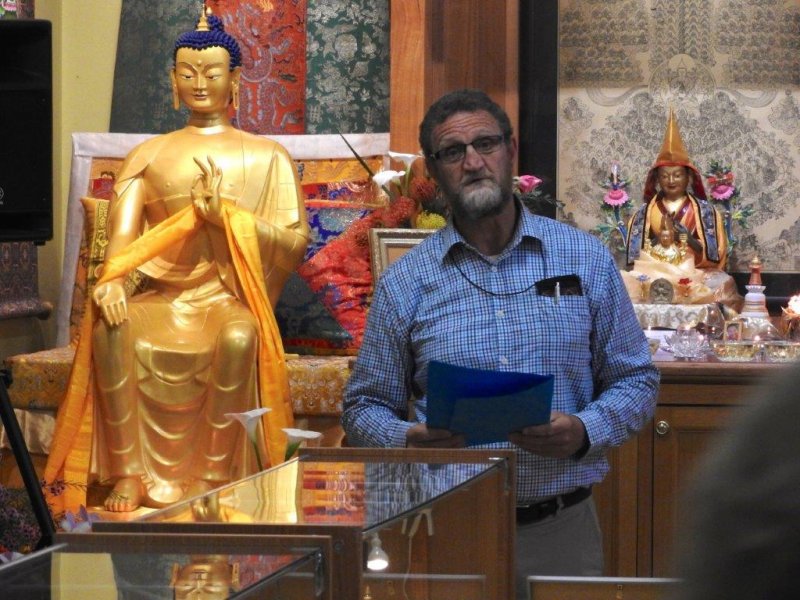 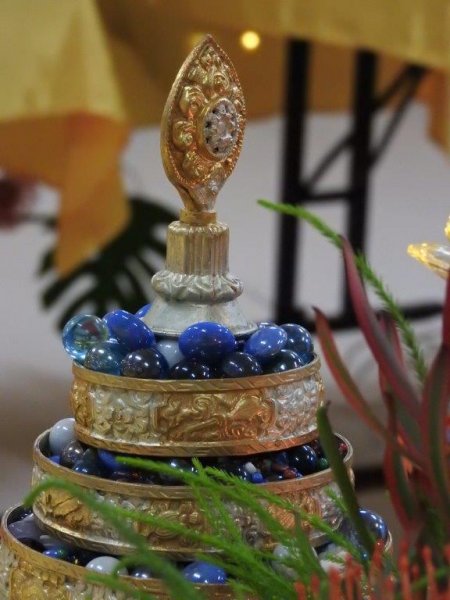 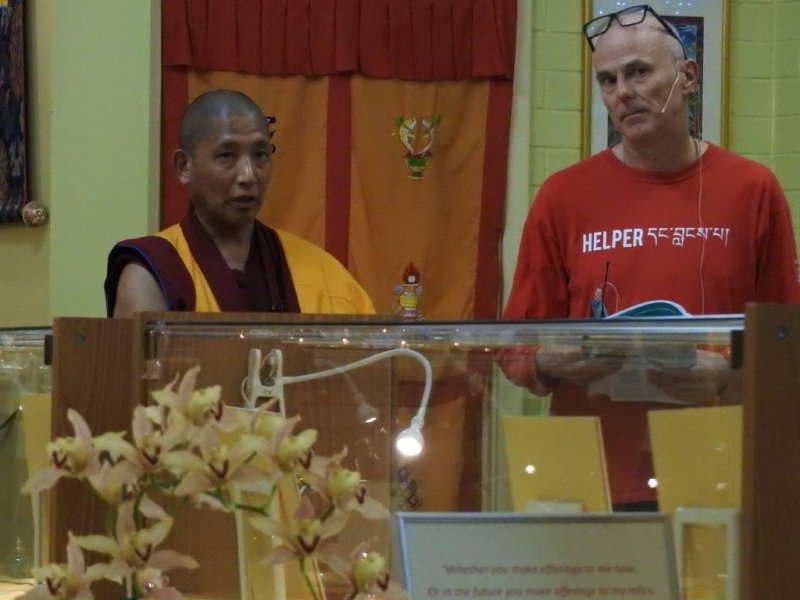 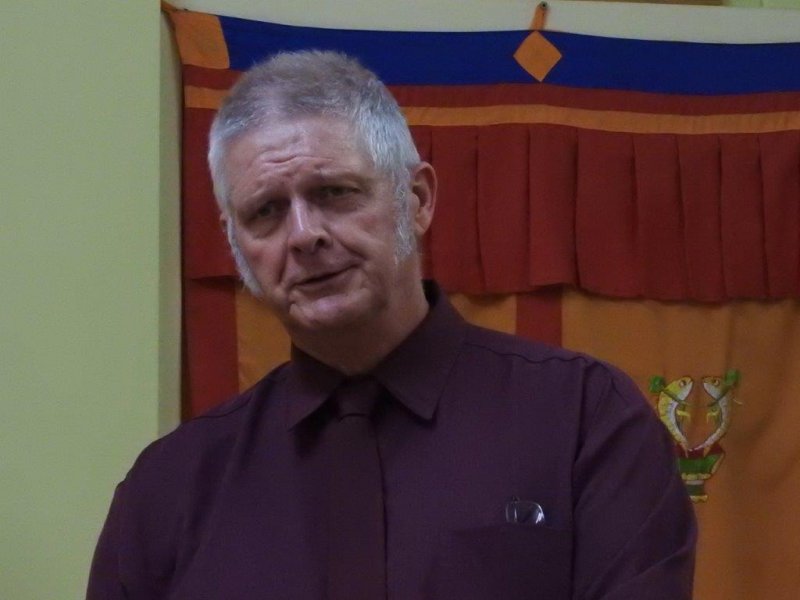 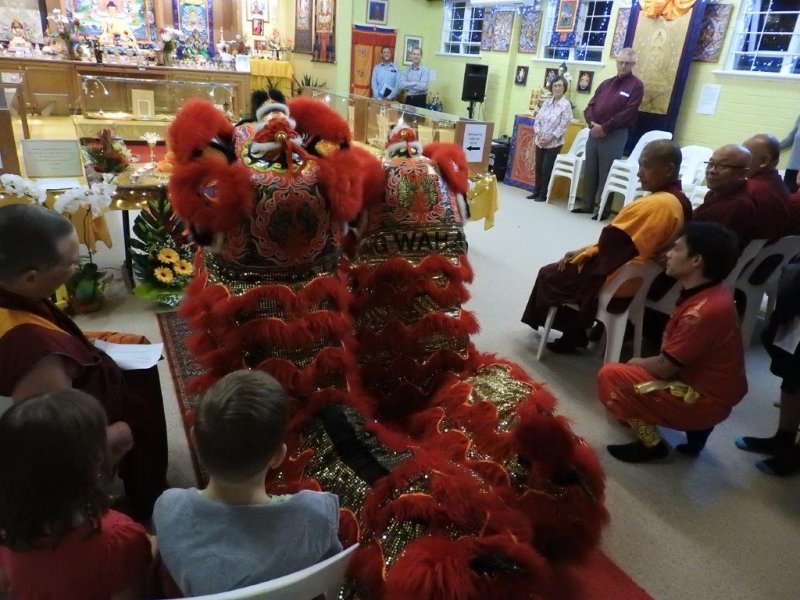 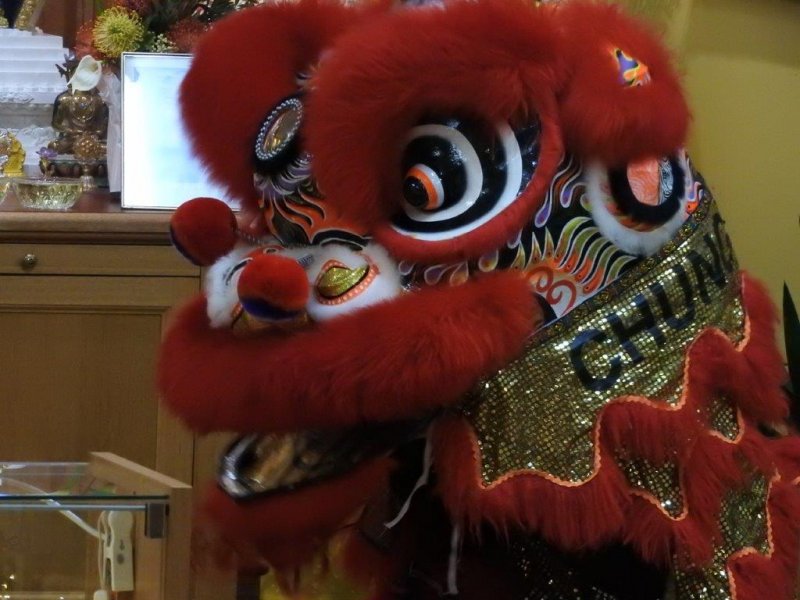 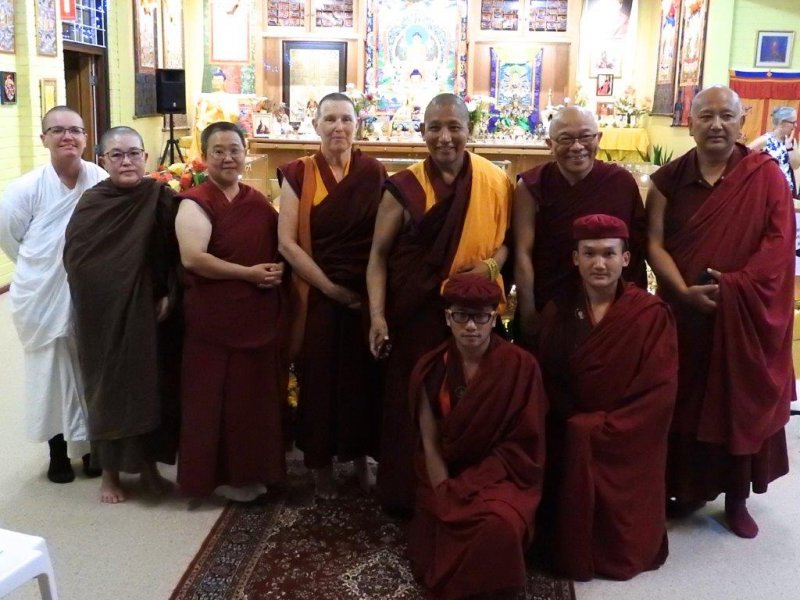 Several experienced students said that the relics of the Buddha, for them, ARE the Buddha. Lord Buddha is there. This is a powerful experience.

There were a few beginners who had not been to such events and had not seen relics before. They said that the main thing for them was to get a feel for the wider Buddhist community, to see the other monks and nuns, and to experience the camaraderie. They still had not quite come to terms with the relics themselves, what they were and what they meant. However, they felt something they could not yet describe.

Others said that that the visit of the Great Stupa Relics was an opportunity for the invigoration of the Hayagriva Buddhist community, to inspire and support the activities of the centre.

Some expressed the feeling of strong purification they got when viewing the relics.

In his short opening teaching, our Resident Teacher Geshe Sonam quoted Lord Buddha’s words that making offerings to the relics was the same as making offerings to the Buddha himself. Lord Buddha was extremely kind to manifest his body in the form of the relics; this was to help us to generate the merit we would need to attain the holy body of a buddha. However, Geshe Sonam continued by making the point that we also need to create the causes to attain the holy mind of a buddha, and that must be done by putting effort into studying his teachings.

The Director John Waite said that it was a busy time of year and he had had many apologies from dignitaries who would have liked to attend. John thanked the many people who had contributed their time, effort and money into setting up this event, preparing the display and organising the vegetarian meal that would follow. He talked about the wondrous Great Stupa of Universal Compassion in Bendigo, where the relics will be housed, how it was progressing well but was such a huge undertaking.

The Chung Wah group then presented a ‘lion dance’ – with drums – in which the two lions progressed around the gompa prostrating to all the images of Buddha. Finally they made offerings to the Master of Ceremonies for the event, Dave Webb, and the director John Waite.

Then young children presented lit candles to the monks and nuns for them to offer to the relics/buddhas/bodhisattvas. And John gave roses to senior students and helpers for them to offer, following which all present were invited to circumambulate the display and see and give thanks to the qualities of those great beings who had manifested the relics in their cremation ashes.